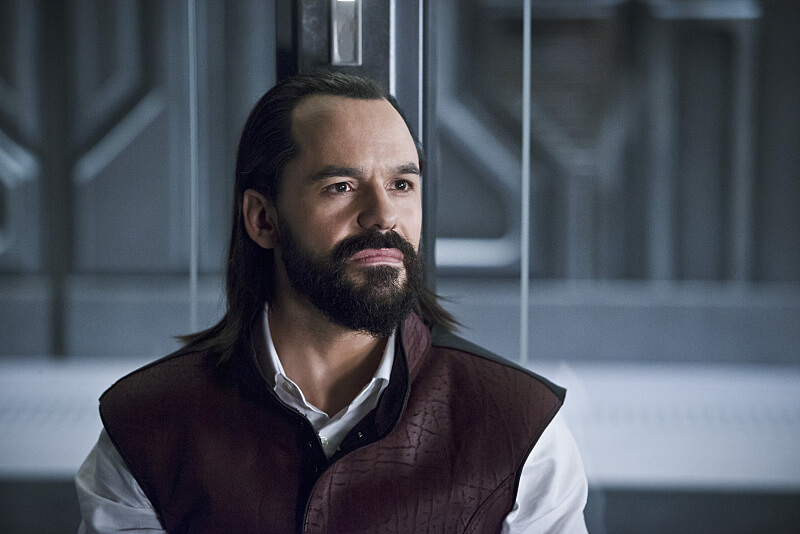 Savage Fight Scenes Important Announcement: This article has been copied and pasted from the following link. Nothing has been modified except the images that accompanied him.

Savage Fight Scenes: On The CW series Legends of Tomorrow, Time Master Rip Hunter (Arthur Darvill) has traveled 150 years back into the past from2166, to assemble a carefully selected team of heroes and rogues that he hopes will be able to stop the immortal villain Vandal Savage (Casper Crump) and save the world from total chaos and destruction. If they’re ever going to succeed, this team must find common ground and a way to work together, despite their often opposing personalities.

While at the TCA Press Tour, Danish actor Casper Crump spoke to Collider for this exclusive interview about playing a full-on villain but making sure he has a conscience, whether there’s anything that could change his mission for the better, why he’s so motivated to kill Kendra, what he thinks of this team that’s trying to stop him, finding the character’s physicality, his love of fight scenes, and who in his life was most excited about him doing this role. Be aware that there are some spoilers.

Collider: Vandal Savage is definitely a full-on villain, if there ever was one. 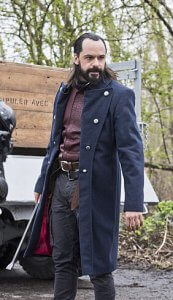 CASPER CRUMP: I didn’t want to play a mediocre villain. I wanted to go full-on. That’s what we do. I did not know the character before I auditioned for this. My favorite villain was maybe Batman. I think Vandal Savage is really cool ‘cause he has the ability not to die and he’s smart, but he doesn’t have any gadgets, he doesn’t shoot fire and he doesn’t fly. He’s just old school, and I love that. He throws knives and he fights, and that’s it.

Is this a villain with no conscience, at all?

CRUMP: I think you have to put a little bit of conscious into him, otherwise it would just make him two-dimensional. I like what he has with Kendra and the Hawks. That’s what I’m working with, rather than just being like, “Okay, I don’t care.” He cares, but he has a purpose and he finds it in killing people.

Is there anything that could make him change his goals, or is he too focused on his mission?

CRUMP: I don’t know, maybe. He is secretly in love with Kendra. Maybe if she opened up a bit more, he could be intrigued. But, he has his objective. He has his daughters that I hope we get to see, at some point. I think they could maybe change him a bit.

We got to meet Vandal Savage on the cross-over with The Flash and Arrow, but now we’re really getting to know him. What’s it been like to get to know him in a much deeper way?

CRUMP: The cross-over was very much an introduction to show that Vandal Savage is around. I came in, fl

ying through windows and just killing people. That was it. But now, you get to know him more. You’ve seen him take over the world and kill Rip Hunter’s family. That’s a big reveal right there. And he’s more than just a villain. He likes a good challenge, and these guys are a good challenge. That keeps him alive and keeps him on his toes. If he doesn’t see a good challenge, he just kicks back for a few centuries. Hopefully, people will get to see more of him, not just being a one-dimensional bad guy. As an actor, I’m trying to put more layers into him, but I’m not writing it.

CRUMP: I play around with making him, I wouldn’t say human, but to have human qualities. Each time he kills Kendra, he’s really sad, but it’s necessary. If she doesn’t want him, he has to kill her to extend his life and his power. It’s a very complex situation. But, what if she did want him? Then, he would lose his ability. So, he’s locked in this situation.

Does Vandal think that he’s eventually going to get through to Kendra and that she’ll fall in love with him?

CRUMP: I think there’s a hope. There must be a hope. Maybe he doesn’t think it through, but you’ll see them interact more.

What does he think of this team? 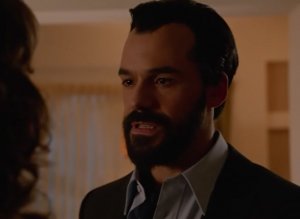 CRUMP: They excite him. He thinks they’re great. He’s very fascinated by them. Firestorm flies and shoots fire and he’s like, “Damn, that’s cool!” He likes it. These guys are probably the best thing that have happened to him, in a long time. They’re giving him a great challenge and a great fight, on a lot of different levels.

CRUMP: Yeah. I read a lot of comic books when I got the part. DC sent me a lot of stuff, and I got everything that I could on Vandal Savage. Now, I’m hooked. Not just on his stories, but the whole DC universe. I found out that I am a DC fan. I thought I was a Marvel fan because I didn’t know. I found out that all of my favorite heroes and villains are DC characters, and I get to play one. So, reading comic books was one thing. That is a gift because it’s all illustrated, so you can see the pictures. He hasn’t been portrayed in any other TV show, except for a Smallville cameo thing. I took all of these pictures out and put them on the wall of my office, just to have reference for the way he stands and fights. That was the physical work that I had to do.

And then, I just watched the news. Seeing crazy people doing crazy stuff to other people and pretending that they’re the good guys really helped. In Vandal’s world, he’s like, “Hey, what’s wrong with this?” He’s the one guy on the highway going the opposite way and he thinks that everybody else is wrong.

Do you enjoy doing the fight scenes?

CRUMP: Very, very much. I ask the stunt guys, all the time, to do as much of the stunts as possible, and they let me do a lot. They don’t throw me through windows because they’re not allowed to and I probably wouldn’t say yes to that. But I have done a lot of physical acting before, in theater, so that comes very natural to me. Even though they use stunt doubles, I learn the whole thing, in case maybe they put me in. I’m enjoying it so much. It’s so fun, with explosions and shooting. It’s cool. I’m 38, but it’s like being a child. I get to play with great friends and a great crew, every day, blowing stuff up and saying evil lines. You can’t complain about that.

Is it ever hard to be so mean to such a nice group of actors?

CRUMP: No, it’s not. That’s acting. I love the whole cast. Me and Falk [Hentschel] got along, from day one. We became best buddies. It makes it easier to play evil and to act evil to people that you really like. You have a feeling about them, so you know what the opposite is. If you didn’t care about who you’re up against, you wouldn’t know what the contrast was. But I do, ‘cause I like them.

With as popular as comic book and superhero TV shows and movies are, who in your own life was the most excited that you were going to be a part of this world?

CRUMP: One of my friends, and I didn’t know. He saw it online when it was revealed, because I didn’t tell anybody but my family, and he was like, “That’s the coolest thing, ever!” I was like, “Do you watch that?” And he was like, “Yeah, I’ve seen every episode!” He was all over the place. And of course, my girlfriend and my family. I, myself, did not understand the whole culture around these things. I had been watching Arrow and The Flash, but I didn’t know about the rest. It’s so cool!